According to the email, our (former) COO “is no longer with the company in any capacity.” 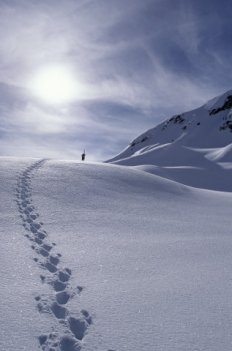 There’s a phenomenon at our company, of which he was a perfect example: People get excited and animated about a variety of things — their cars, their pets, a TV show, binge drinking, etc. — but never, never about their jobs.

In his case, the favorite topic was hiking. Since we’re in the winter months now, you could frequently hear him among the cubicles elucidating the finer points of crampons:

“The thing about crampons is you have to be careful where you put your feet. It’s not like walking around the living room in a pair of loafers.”

I did not know that!

Of course, if I were interested in crampons, which I’m not, I could research them on my own time.

I would have much rather overheard him saying something like

“I read a great journal article last night, and I was thinking about how we might apply it here. I think we need to start building a software engineering culture where people can get excited about their jobs.”

This has nothing to do with why he was let go, but it’s the thing that bothered me most about him personally.

With the opportunity that he had as COO of the company, and the money he was pulling down, he should have been contributing something more than hiking tips.