C.K. Prahalad, one of the leading strategic consultants, has said that a mission statement should take less than three minutes to explain to an audience. 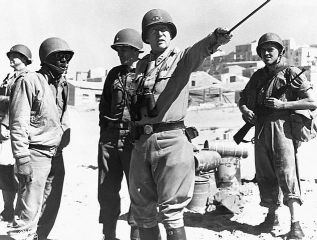 That is absolute horseshit.

Imagine making a declarative statement and then having to take an additional three minutes to explain what you just said.

A mission statement should be immediately comprehensible. Three minutes of explanation is three minutes too many.

I read a book on George Patton this weekend. Here is his mission statement for the Third Army:

I don’t want to get any messages saying that “we are holding our position.” We’re not holding anything! Let the Hun do that. We are advancing constantly and we’re not interested in holding on to anything except the enemy. We’re going to hold on to him by the nose and we’re going to kick him in the ass.

And most of that I included just for context. It really could be shortened to

It clearly states the goal of the organization, and it doesn’t need a three-minute explanation, does it?

We can regard our life as a uselessly disturbing episode in the blissful repose of nothingness.