The Poster Boy for Self-Aggrandizement 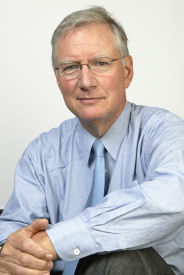 Sweet Jesus, I followed a link to another Tom Peters e-paper this afternoon: The “PSF” is Everything (or: Making the Professional Service Firm a “Lovemark” in an Age of “Managed Asset Reflation”)

After reading the title alone, I’d already overdosed on the trademark Peters abbreviations, coinages, scare quotes and extraneous punctuation. BUT . . . I have to admit I was curious about Managed Asset Reflation. What is that?

Here’s how Peters introduces the term in his Tourette’s-inspired style:

Hence the story that I read on 4 March 2004: Thailand’s Prime Minister, a businessman, Thaksin Shinawatra, on the day before had just opened “Bangkok Fashion City.” It’s a monster facility that aims to help make Thailand “cool” … to create Thai … LEADERSHIP IN FASHION! (Fashion = Cool = Value Added.) Economists have a way of sterilizing everything. And they managed to sterilize this one, too. The PM’s new economic approach (dubbed
“Thaksinomics,” after “Reaganomics”) amounted to what the local economists dubbed … “MANAGED ASSET REFLATION.”

To give you an idea of how out of touch Peters is with his surroundings: Thaksin took political corruption to new levels even by Thai standards, and last week was ousted in a military coup, thus bringing to an end the Seriously Cool Shit of Thaksinomics.

What the paper is really about, though, is what all of Peters’ work is about: Tom Peters.

The poster boy for self-aggrandizement.