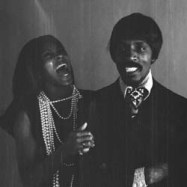 Ike Turner, whose role as one of rock’s critical architects was overshadowed by his ogrelike image as the man who brutally abused former wife and icon Tina Turner, died Wednesday at his home in suburban San Diego. He was 76.