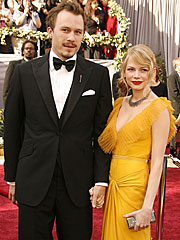 Possible drug overdose, possible suicide! Oh dear . . . another blow to the theory that being rich and/or famous is the ticket to happiness.

I think most famous actors — not all, obviously — are convinced that they can do things that nobody else can do, that they’re not cardboard people who are adored for no reason.

Tom Cruise, for example, I don’t think will ever commit suicide.

← Another Difference Between Dogs and Cats
Word of the Day →

Evil is unspectacular and always human / And shares our bed and eats at our own table.