Why TV Shows Are So Stupid

Welcome to EppsNet, where the writers are not on strike!

Striking writers are stupid. Pretend you’re a TV executive and your writers are on strike. 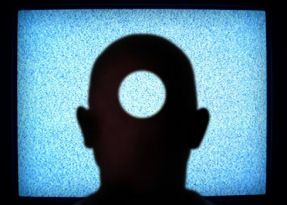 Oh dear! What will I do? I’ll have to show reruns and only get 90 percent of the dimbulb audience I’d get showing new episodes. Boo hoo hoo!

Television is the opiate of the masses, man! People will watch it no matter what’s on. They can’t live without it.

We’ve got TVs in restaurants, health clubs, cars, you name it. They’re ubiquitous!

The number of people like me — who think that if you want to eat dinner in front of a TV set you should stay the hell at home — is very small compared to the number of people who will not leave their homes if it means being separated from a television.

Hey scribes! People are going to turn off their flat-panel LCD high-def TVs — and do what? Read a book? Interact with their families?

Writers can stay on strike forever for all anybody cares.

That’s why TV shows are so stupid. They’re written by stupid people. 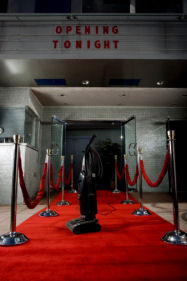 Well then . . . that casts things in a whole new light! Actors will not attend the Golden Globes because they’d have to cross a picket line of angry wordsmiths and ink slingers.

OMG! I hope the earth doesn’t stop revolving on its axis and fling us all into space because actors are boycotting the Golden Globes telecast!

What are the Golden Globes anyway? Another excuse for actors to get together and suck each other’s dicks?

← Remembrance of Things Past
Lightning on the Balcony →

2 comments for “Why TV Shows Are So Stupid”