Brick walls are there for a reason: they let us prove how badly we want things.

If I could only give three words of advice, they would be, ‘Tell the truth.’ If I got three more words, I’d add, ‘All the time.’

All goes onward and outward, nothing collapses,
And to die is different from what any one supposed, and luckier.

— Walt Whitman, “Song of Myself”

Randy Pausch was lucky in that, thanks to the worldwide fame he achieved from his lecture and book, he died knowing that things he did and said would not be forgotten after he was gone.

Without the pancreatic cancer, he couldn’t have achieved that. Let’s face it, you can’t peddle the kind of pabulum cited above as “wisdom” in the absence of a terminal illness.

We own this book because my mom sent it to my son for his birthday. He hasn’t read it yet and probably won’t, but I read it.

I feel bad saying it, but it’s a tiresome collection of warmed-over platitudes. It’s like being cornered by your most annoying advice-giving relative at a family reunion. 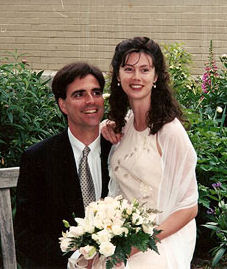 Pausch was also lucky in being able to make an early departure from his famously self-absorbed wife, Jai (pronounced Jay), who didn’t want him to give the lecture in the first place because it would mean taking time away from her.

From a Wall Street Journal story last May:

A friend suggested to Jai that she keep a daily journal. She writes in there things that get on her nerves about Randy.

My wife would totally do that, but I bet there are some women would use the journal to record things they cherish about their terminally ill husbands.

“Randy didn’t put his plate in the dishwasher tonight,” she wrote one night. “He just left it there on the table and went to his computer.” She knew he was preoccupied, heading to the Internet to research medical treatments. Still, the dish bothered her. She wrote about it, felt better, and they didn’t need to argue over it.

Hey honey, just put the goddamn plate in the goddamn dishwasher, will ya? It’s part of living with other people. God knows what sort of minutiae this man would be having soul-crushing arguments about over the course of a normal lifespan.

I mean, I’m no saint, but I’ve put other people’s plates in dishwashers hundreds of times, and they were all in perfect health.

I tell my son, “When you call grandma to thank her for the book, tell her you really liked the part about brick walls letting us prove how badly we want things.”

If liberty means anything at all it means the right to tell people what they do not want to hear.