Northwood doesn’t have highly recruited athletes, so there’s a Facebook site where they can check in and state their college choice.

It looks like Cal got the best recruiting class this year with three 3-star prospects and no one lower than 2 stars. USC and Stanford each got one 3-star recruit, as did Harvard and Yale.

To the kids going to Cal: GO BEARS!

To the kids going to USC: FIGHT ON!

To the kids going to Stanford: CONGRATULATIONS DORKS!

To everyone else: BETTER LUCK NEXT TIME! 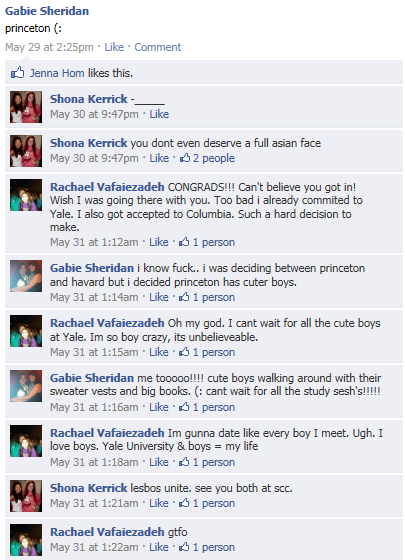 ← I’ve Got an Idea for a TV Show
What Happened to the Hippies? Where Are They? →

Tell them I had a great life.

— Wittgenstein, on his deathbed