The Deceased Didn’t Work and Neither Did the Eulogy 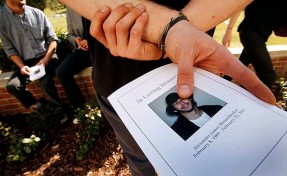 The LA Times ran a eulogy for a young Occupy protester this weekend . . .

He was his parents’ only child, and he was beautiful.

— Man who found a deep sense of purpose in Occupy L.A. is mourned – latimes.com

OK, wait a minute. This seems a little disingenuous. It sounds like you’re trying to say — without actually saying it — that he was a drug addict who killed himself, perhaps accidentally, with an overdose.

Occupy L.A. had filled Alex Weinschenker with energy and optimism, which makes the timing of his death even sadder, said his father.

Hmmm . . . in my experience, people with energy, optimism and “a deep sense of purpose” don’t die of a drug overdose.

He was so smart, but different. He did not go with the flow.

He had no education and no job.

Last year, Alex became a father to his own baby boy, Rivers, now 7 months old. He was no longer romantically involved with the child’s mother, but he was committed to taking care of both of them.

Is there anything he could have done that would be too irresponsible or stupid for the Times to put a positive spin on it?

Who’s going to eulogize us?

Here’s how you can tell a eulogy isn’t working: It’s relentlessly disingenuous when it’s not outright dishonest. You have to gloss over the cause of death, invest the deceased with “a deep sense of purpose” that he didn’t have, and ignore the collateral damage of fathering a child with no means of support and leaving him to be raised by a single mother whose idea of a good decision is to have unprotected sex with an unemployed drug addict.

I suppose the Times is trying to bring Occupy back from the dead with a positive write-up on how they became a young man’s second family, but he was a 23-year-old addict with no job, no education and a 7-month-old son. Who or what was he protesting against?

He made his choices. What did he want?

← If You Want to Be Great
Train Zen →

There’s no sense in being precise when you don’t even know what you’re talking about.