Illusions of Patterns and Patterns of Illusion 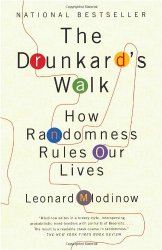 In 1978, [Leonard] Koppett revealed a system that he claimed could determine, by the end of January every year, whether the stock market would go up or down in that calendar year. [Koppett’s system] worked for eleven straight years, from 1979 through 1989, got it wrong in 1990, and was correct again every year until 1998. But although Koppett’s predictions were correct for a streak of eighteen out of nineteen years, I feel confident in asserting that his streak involved no skill whatsoever. Why? Because Leonard Koppett was a columnist for Sporting News, and his system was based on the results of the Super Bowl, the championship game of professional football. Whenever the team from the (original) National Football League won, the stock market, he predicted, would rise. Whenever the team from the (original) American Football League won, he predicted the market would go down. Given that information, few people would argue that Koppett was anything but lucky. Yet had he had different credentials — and not revealed his method — he could have been hailed as the most clever analyst since Charles H. Dow.

— Leonard Mlodinow, The Drunkard’s Walk: How Randomness Rules Our Lives