Things to Do in Cincinnati When You’re Bored 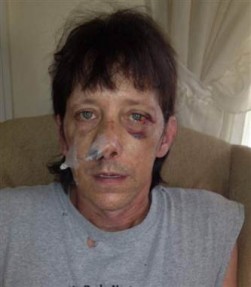 Cops: Teens beat man because ‘they were just bored’ — NBCNews.com

Strange piece of “journalism” from NBC News . . . basically just a rewrite of a story in the Cincinnati Enquirer in which a 45-year-old man named Pat Mahaney received a senseless, brutal beating from six boys, ages 13 and 14:

Mahaney was taken to Mercy Mount Airy Hospital, where he was treated for four days before being released Tuesday. Police said doctors had to insert a tube down his throat to remove all of the blood from his stomach.

A tube remained in his right nostril as blood continued to seep out of his head, the Cincinnati Enquirer reported, and his left eye is heavily blackened.

Police said the teens admitted that Mahaney had done nothing to provoke being kicked and punched repeatedly in the face while he lay helpless on the ground. One of the boys allegedly told police they only stopped assaulting Mahaney when a neighbor began yelling at them and said he was calling police.

The strange thing about the NBC article, though, is that it deletes information about the race of the kids, which is in the Enquirer article:

“It was a heinous crime but it was not a hate crime,” said North College Hill Police Chief Gary Foust of the teens, who are all black.

He said several residents have called police inquiring if Mahaney was specifically targeted because he is white. He was not, the chief stressed.

GLENDOWER. I can call spirits from the vasty deep. / HOTSPUR. Why, so can I, or so can any man. / But will they come when you do call for them?