How to Lose Your Job : A Fictional Memoir (Part I)

Because of the huge productivity differences between good programmers and bad programmers — 10x? 28x? More? — my biggest leverage point as a development manager is my ability to hire people.

At my last job, we had an HR Director named Lucy. In every one of our annual Employee Satisfaction Surveys, Lucy’s group had the lowest scores in the entire organization. Nobody liked or respected her.

She was, however, close with the CEO, which made that irrelevant. 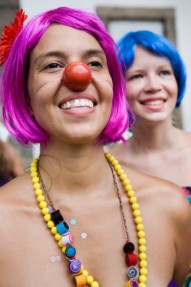 Lucy’s friend Kathy Slauson runs the Slauson and Slauson recruiting agency, so that’s where we got our programming candidates, who were mostly terrible.

The Slauson agency doesn’t specialize in IT candidates, although they do have a “technical recruiter,” who unfortunately knows nothing about technology.

They don’t bring candidates in for in-person interviews. They take whatever candidates give them in the form of a résumé and they pass the résumés along to clients like me in hopes of being paid a fee.

What value does this add over candidates sending résumés directly to me? None.

Slauson doesn’t qualify candidates. They don’t map abilities and skills against the requirements of a position. They add no value to the process, and I had to screen all the résumés myself, the same as if I’d just bought them from a job board.

When I saw that Slauson was just going to throw résumés at me, I asked them to please add a short write-up, indicating why they thought each candidate was a good fit for the job.

What I got was write-ups like “Candidate is good with Technology X,” where Technology X is something I indicated as a job requirement.

When I asked “How did you assess that the candidate is good with Technology X?” they would tell me “We asked him.” Or “It’s on his résumé.”

(If you’re wondering at this point why an HR department would funnel good money to a recruiting agency for doing nothing, go back and reread the part where I mention that Kathy Slauson is a personal friend of Lucy the HR Director.) 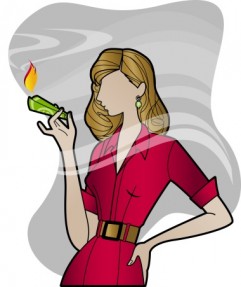 I said earlier that Slauson has a “technical recruiter.” She was in the office one afternoon and handed me a résumé.

“He doesn’t look like an ASP.NET programmer,” I said after looking it over, “which is what we’re looking for. For example, I don’t see any C# experience.”

“It’s right here,” she said, pointing at the résumé where it said this: C++.

If you’re not a programmer, you might say, well, easy mistake to make. C# (pronounced C-sharp, like a musical note) and C++ (pronounced C-plus-plus) are both programming languages containing the letter C followed by one or more symbols.

Not surprisingly, a high percentage of Slauson’s candidates bit the dust in the initial phone screen with me, because the phone screen was their first encounter with someone whose programming knowledge was non-zero and could possibly tell a good programmer from a bad programmer.

According to Kathy Slauson, that was totally unacceptable. She thought that because she had an in with the HR department, we should be hiring every candidate she sent over, qualified or not, and paying her for the privilege, which is the way it worked before I arrived on the scene and screwed up the process. 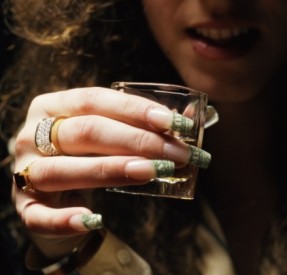 She was always very polite to me in person, assuring me that she was doing her best to improve the quality of candidates, but behind the scenes, she was telling Lucy the HR Director that I shouldn’t be allowed to interview candidates anymore.

(That information was never supposed to reach me but it did.)

Think about that: we had a recruiter telling our HR Director that a manager shouldn’t be allowed to interview their candidates. (The fact that I no longer work there tells you which side of the issue Lucy came down on.)

Kathy also told Lucy that the candidates I was rejecting were perfectly good candidates because after I turned them down, they were being hired at other companies.

Do you think Amazon or Google worry that candidates they turn down get hired somewhere else?

(No, I wasn’t trying to match hiring standards with Amazon or Google. I’m just saying that it wasn’t my goal to be the employer of last resort, or to be able to say, “If we don’t hire ’em, nobody’s gonna hire ’em!”)

Everyone I hired was an order of magnitude improvement over the people they replaced.

I like to work with talented people. I’m not trying to get rich and I don’t have a career path. I’m trying to learn and get better and contribute to my profession.

If you give me a job where I’m responsible for hiring people, I’m going to hire the best people available, and decline to be force-fed unqualified candidates by a friend of the HR Director.

2 comments for “How to Lose Your Job : A Fictional Memoir (Part I)”