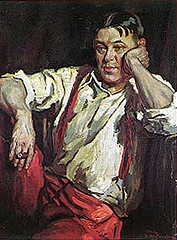 The one aim of all such persons is to butter their own parsnips. They have no concept of the public good that can be differentiated from their concept of their own good. They get into office by making all sorts of fantastic promises, few of which they ever try to keep, and they maintain themselves there by fooling the people further. They are supported in their business by the factitious importance which goes with high public position. The great majority of folk are far too stupid to see through a politician’s tinsel. Because he is talked of in the newspapers all the time, and applauded when he appears in public, they mistake him for a really eminent man. But he is seldom anything of the sort.

Sometimes when I wake up and the birds are chirping their song, I like to put my gun down and give thanks to an uncaring God.