It’s Not Just the Guns 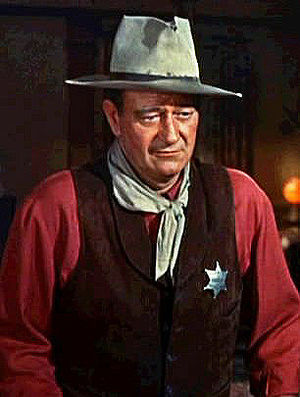 Within a week or so, we’ve had Jovan Belcher, the mall shooting in Oregon and 26 people killed at a school in Connecticut. I’m hearing that maybe we should do something about guns.

But we’ve always had guns. Since the country was founded July 4, 1776, Americans have had guns, and for most of that time, we’ve managed to live with each other without a mass murder a week.

It can’t be just the guns.

One of the most appalling things to me about modern American society is the way increasingly graphic violence is peddled as entertainment. Turn on the TV: mass murder is entertainment. Grotesque, violent death is “great television.”

Serial killers in movies are the heroes. They can’t be killed off because they’ve got to come back and kill more people in the next sequel.

I know John Wayne used to kill people in movies, but when the Duke shot people, they just grabbed their gut and toppled over. It couldn’t possibly have been more fake. Now when someone gets shot in a movie, they have to be shot in the head. Shooting someone in the head is horrific. And there has to be blood spatter on walls or bystanders or both. And this is entertainment.

← The Science of Persuasion
Lightly Chewed →