Agile, ALM, and Agile 2.0 — Putting the Cart Before the Horse? 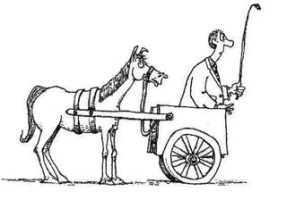 Speaking of selling chickens still in shells, an august panel of industry giants laid out their recent improvements and plans for ALM products (Application Lifecycle Management, for those not in the know). These guys dazzled the audience with how they’ve moved far beyond simple source code repositories and testing tools to a complete integration of all modern software practices. Quite a coup, indeed, since most real live software developers I’m seeing out there today still aren’t using the practices automated by the ALM tools. . . .

In other words, many software developers aren’t using practices such as test driven development or source version control. Yet here are HP, Microsoft, and IBM announcing new ALM tools that automate more advanced practice in areas not even in use in the first place. Unbelievable.

Education is not the filling of a pail, but the lighting of a fire.