Thank You for Smoking

According to the American Cancer Society, smoking kills about 1 in 5 people in the United States.

Is that bad? If so, why? You’ve got to die somehow. Would it be better if those people died from some other cause? How would you prefer to see them die? 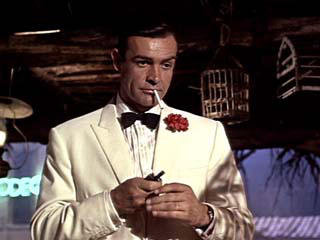 Also: Some percentage of Americans would rather be dead than alive anyway. I don’t know what that number is, but I’d bet it’s higher than 1 in 5.

If you change the search to “percentage of people who would rather be dead than alive,” you get a mishmash of links, including a few more links to the “dead vs. disabled” survey, but you still don’t get the number you’re looking for. Phoning up random Americans and asking if they’d rather be dead is evidently not considered an appropriate thing to do, although it seems like a highly relevant question to me.

Slight digression: I also found a survey in which people were given the option of saving either their pet dog or a foreign tourist from in front of an onrushing bus. Forty percent chose the dog, which seems low to me.)

Anyway, the American Cancer Society goes on to say:

About half of all Americans who keep smoking will die because of the habit. Each year about 443,000 people in the United States die from illnesses related to tobacco use. Smoking cigarettes kills more Americans than alcohol, car accidents, suicide, AIDS, homicide, and illegal drugs combined.

Where does that number — 443,000 — come from? The problem with throwing out numbers on smoking deaths is that there’s no way to know that any given smoker died because of smoking.

If a smoker dies from lung cancer, is that automatically counted as a smoking-related death? There’s no way you can know that. Because non-smokers get lung cancer too. Not as often as smokers, but they get it.

Same thing with other diseases — if a smoker dies of heart disease or a stroke, is that because of smoking? There’s no way you can know that.

The second problem with the numbers is that if smoking kills 1 person in 5 (20 percent), and half of all smokers die because of smoking, then you’d have about 40 percent of Americans as smokers. That’s too high. According to the CDC, 19 percent of U.S. adults are smokers (as of 2011).

Why not keep it real, skip the bogus numbers and say, “Smoking helps some people get through the day. It revs them up or it calms them down or I don’t know what it does, but it helps them get through the day. That being said, there are other ways to get through the day, and setting a vegetable product on fire and inhaling the smoke into your lungs is clearly not the most healthful thing you can do.”

← Politics: The Profession of Scoundrels
Six Drucker Questions that Simplify a Complex Age →

2 comments for “Thank You for Smoking”