Obama Did Not Lie 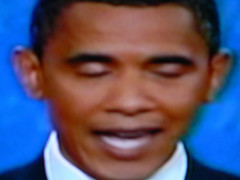 When President Obama said that he could provide health care to millions without taking any health care away from people who have already got it, he had no chance of being believed. The statement was absurd on its face. This is a law of arithmetic: If you invite a bunch of friends to share your lunch, there’s going to be less lunch for you. Everybody understands that. . . .

So when the President said he could expand the availability of medical care while allowing everyone else to keep the care they’ve got, it was like saying he’d take us for a tour of England in his rocket ship. It had absolutely no chance of being believed, and therefore, it seems to me, does not count as a lie.

It counts instead as an expression of contempt for the many entirely reasonable people who tried to point out that it is not within a President’s power to suspend the laws of arithmetic.

That expression of contempt was arguably pretty contemptible, and arguably as contemptible as a lie. And of course he’s compounding it by trying to tell you with a straight face that everyone who has to switch health plans will end up with “better” plans that allow them to consume even more medical care. I could give you some pretty striking counterexamples among people I’m personally close to, but there’s no need for that, since anyone who grasps basic arithmetic can see that the president’s words cannot be true. But speaking untruths is not enough to make him a liar. For that, he’d have to speak plausible untruths, and he has too little respect for the American people to bother coming up with any.