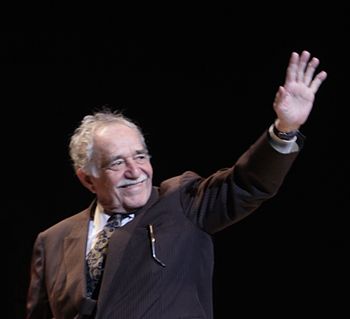 Gabriel García Márquez, the influential, Nobel Prize-winning author of “One Hundred Years of Solitude” and “Love in the Time of Cholera,” has died, his family and officials said.

CNN reported the death of García Márquez with more or less equal weightiness as the following “top stories”:

I didn’t cherry-pick those stories, by the way. They were all listed as Top Stories on CNN.com.

Orwell wrote about a society in which books are banned. As it turns out, there’s no need to ban books because no one has any interest in reading one. We’re drowning in a sea of trivia.

You are free and that is why you are lost.