The War on Poverty is 50 Years Old 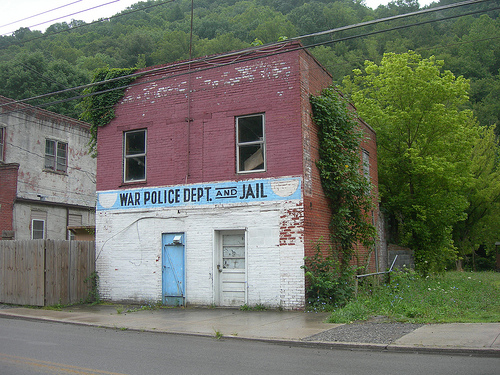 The New York Times has an update from McDowell County, West Virginia, on how the War on Poverty is going after 50 years . . .

It is also reeling from prescription drug abuse. The death rate from overdoses is more than eight times the national average. Of the 115 babies born in 2011 at Welch Community Hospital, over 40 had been exposed to drugs. . . .

Many in McDowell County acknowledge that depending on government benefits has become a way of life, passed from generation to generation. Nearly 47 percent of personal income in the county is from Social Security, disability insurance, food stamps and other federal programs. . . .

According to the United States Census Bureau, there are 9,176 households in McDowell County and the mean (not median) household income is $33,506. Multiply the two together and we get a total annual income for the county of $206 million.

If 47 percent of that income, as the Times article states, comes from federal programs, that’s almost $100 million per year. Since the War on Poverty has been waged for 50 years now, a crude approximation of the total amount of taxpayer money sent to McDowell County would be 50 times $100 million = $5 billion.

Possibly the annual federal contribution was less 50 years ago, even adjusted to 2014 dollars, but we’d also need to account for the fact that the county population at that time was five times higher than it is today. Taking even a small fraction — say, 20 percent — of $5 billion as our approximation, we can say that the War on Poverty has cost at least a billion dollars ($1,000,000,000) just for one small county in West Virginia.

Oh, and the people are still living in poverty. Evidently you can’t eliminate poverty just by giving people money.

As David Mamet pointed out in The Secret Knowledge:

There’s a cost for everything. And the ultimate payer of every cost imposed by government is not only the individual member of the mass of taxpayers who does not benefit from the scheme; but likely, also, its intended beneficiaries.

In the case of McDowell County, the intended beneficiaries are being paid to continue making bad decisions with their lives, most notably to continue living in a place where there’s no work and no hope for improvement.

← What Is the Use of a House?
That’s Why It’s Called the Opposition Party →