One Thing I Can’t Tolerate is Intolerance: Tony Dungy Edition 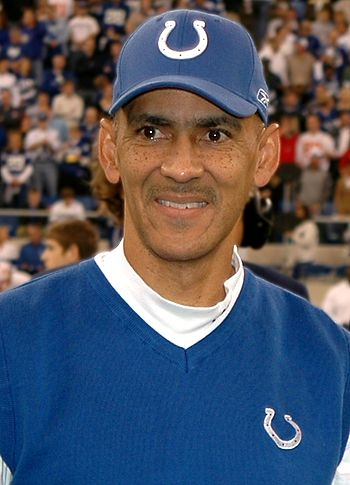 “What’s your beef with Tony Dungy?”

“He said he wouldn’t draft Michael Sam. He’s not showing the requisite level of tolerance and inclusiveness toward people who are different than he is.”

“Isn’t Dungy himself entitled to tolerance and inclusiveness?”

“Oh, no. No. Absolutely not. Because he’s being different in a way that’s totally unacceptable.”

“So you’re not against intolerance as a matter of principle, so long as the ‘right’ people and groups get ostracized.”

“I don’t remember anyone until fairly recently saying that having openly gay players in the NFL is a good idea. Now that we’ve reached a point in history where everyone in America has a breezy indifference to homosexuality . . . everyone knows people, works with people, has people in their family who are openly gay . . . every single TV show and movie has at least one gay character — NOW people like you are ‘brave’ enough to support the idea, for the same stupid reason you never supported it before: because you don’t want to be on the wrong side of public opinion.”

← Overreaction
How to Not Cry at Work →