As Bad as the Real Obama 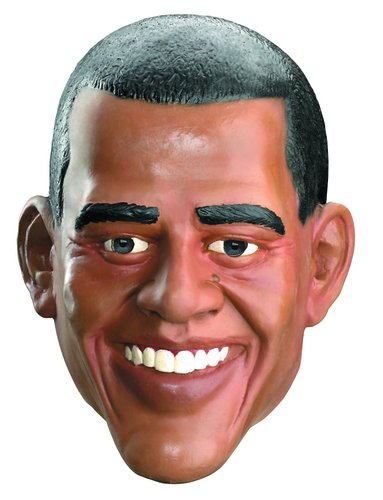 We had a big batch of trick-or-treaters show up at one time last night, about 9 kids age 12 and under.

“Who are you?” I asked the first kid.

“The Hulk.” I gave him some candy.

“Who are you?” I asked the second kid.

“Thor.” I gave him some candy.

“Who are you?” I asked the third kid.

“Obama.” He showed me a wadded-up Obama mask in his hand. I didn’t give him any candy.

Meanwhile, the other kids kept coming to the front and announcing their costumes . . .

Finally no one was left but me and Obama.

“You’re not doing your job. Geez, you’re as bad as the real Obama.”