Are the Viet Cong Still in Those Tunnels? 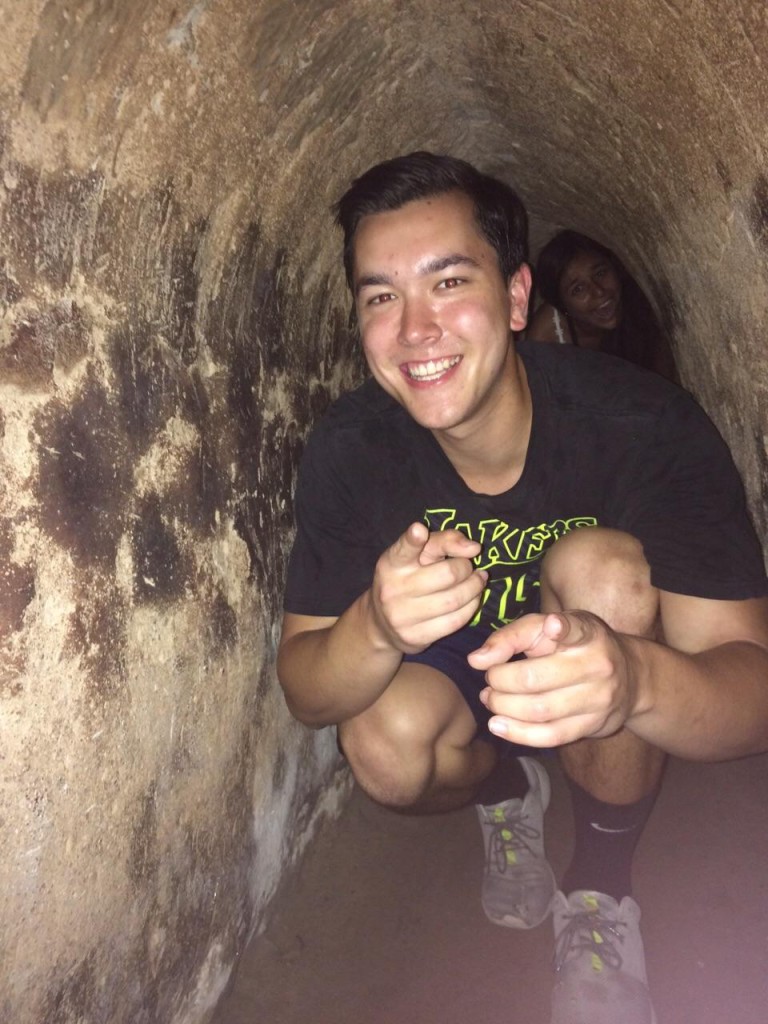 The tunnels of Cu Chi are an immense network of connecting underground tunnels located in the Cu Chi district of Ho Chi Minh City (Saigon), Vietnam, and are part of a much larger network of tunnels that underlie much of the country. The Cu Chi tunnels were the location of several military campaigns during the Vietnam War, and were the Viet Cong’s base of operations for the Tet Offensive in 1968.

The tunnels are now a popular tourist attraction. My son and seven of his friends are currently on a post-graduation trip to Southeast Asia. Here’s a picture of him in the tunnels.

There were Japanese soldiers hiding out on Pacific islands for decades after World War II. They never heard the war was over. Is there any chance there are still Viet Cong in those tunnels? I think I see one over his shoulder . . .

1 comment for “Are the Viet Cong Still in Those Tunnels?”