Chillin’ With the Chancellor 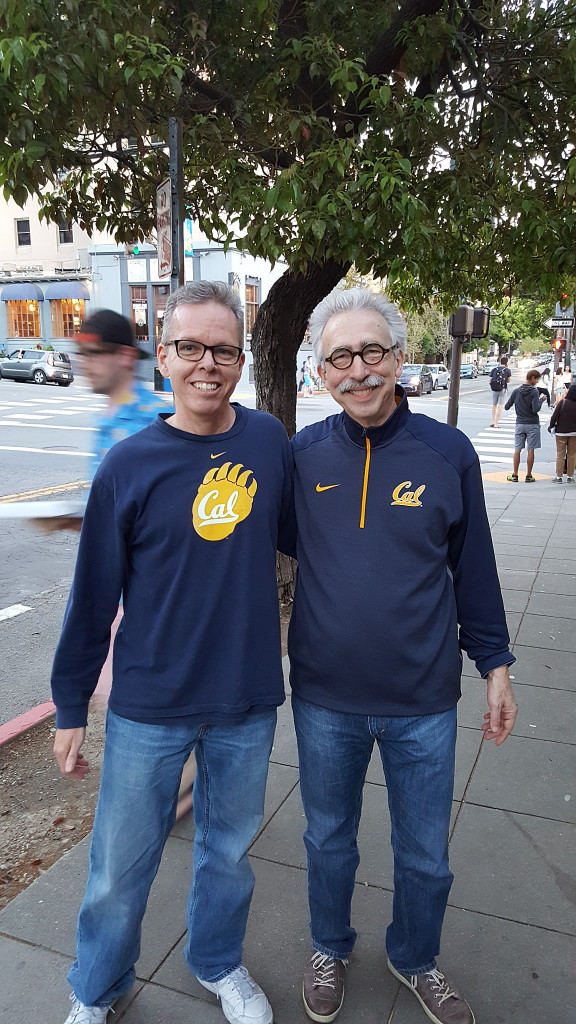 I was walking west on Durant crossing Telegraph a block south of the UC Berkeley campus (see map below) when I saw a couple of good-looking yellow labs, probably less than a year old, crossing in the other direction.

I was so focused on the dogs that I didn’t notice until I had passed them that they were being walked by none other than the chancellor of the university, Nicholas B. Dirks, and his wife.

Gee, I wish I had gotten a photo with him but rather than run back across the street after him like a nut, I walked north to Bancroft and turned right to parallel the way he was walking on Durant. At the next street, Bowditch, I turned right again toward Durant to see if I could intercept him, which I did.

I’m staying at the Berkeley Lab Guest House, a university facility . . . when I got back to the place, I showed my Dirks photo to the guy at the front desk.

He reminded me of the guys asking Jack Nicklaus for his security badge at the Masters.

Everything you’ve ever wanted is on the other side of fear.