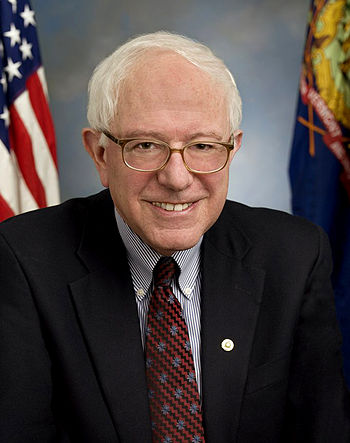 Socialism has been discredited about as thoroughly as possible, but one thing I greatly admire about Bernie Sanders is this: He’s never made a political issue of the fact that he’s Jewish.

He doesn’t say “It’s high time we had a Jewish president.” He doesn’t say “If you’re Jewish, you should vote for me because I’m Jewish.” And most importantly, he doesn’t dismiss criticism or critics as anti-Semitic.

And because he doesn’t do any of the above, I don’t see his supporters or the media doing it either.

It would be easy for him to do those things because it’s what people expect. Political discourse in America consists mainly of people calling each other racists, sexists, homophobes and bigots. It’s hard to complete a sentence without someone taking offense to a trigger word, a microaggression or a dog whistle.

Abraham Lincoln once said this:

If you have ever studied geometry, you remember that by a course of reasoning, Euclid proves that all the angles in a triangle are equal to two right angles. Euclid has shown you how to work it out. Now, if you undertake to disprove that proposition, and to show that it is erroneous, would you prove it to be false by calling Euclid a liar?

Today people would be more likely to refute geometry by calling Euclid a racist or attacking his position on same-sex bathrooms, but Lincoln’s point remains valid, i.e., if you disagree with someone, make an argument and knock off the name-calling.

President Obama could have taken a Lincolnesque stand on this if he had wanted to — it would have been a valuable contribution to American life — but instead chooses to use ad hominem politics to his own advantage, to further the impression that there’s no legitimate reason for anyone to oppose his agenda other than the fact that he’s (half) black.

So kudos to Bernie Sanders for his efforts, however futile, to raise the American intellectual climate.

I’d passed my life in a certain way, and I might have passed it in a different way, if I’d felt like it.