One Thing I Can’t Tolerate is Intolerance: Yelp at Yale Edition 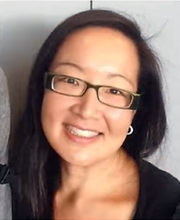 According to the New York Times, June Chu, dean of Pierson College at Yale, lost her job after calling people “white trash” in Yelp reviews.

Here are some of (former) Dean Chu’s hot Yelp takes:

Regarding a Japanese restaurant: “If you are white trash, this is the perfect night out for you. . . . Side note: employees are Chinese, not Japanese.”

On a local movie theater: “So what they have is barely educated morons trying to manage snack orders for the obese and also try to add $7 plus $7.”

A mochi establishment: “Remember: I am Asian. I know mochi. . . . To be honest, you’d be better off getting mochi ice cream at Trader Joe’s! I guess if you were a white person who has no clue what mochi is, this would be fine for you.”

Remember: I am white. I know racism. This is not racism unless you are a lightweight, amateur racist. I’ve seen better racism at Trader Joe’s.

Really, those are perfectly fine Yelp reviews. Granted that some people are more easily offended than others, I would say that anyone offended by Chu’s posts should stay off Yelp, stay off the internet in general, and probably just stay in bed every morning and not leave their house.

Anyway, Stephen Davis, head of Pierson College, which is evidently better than being the dean, said in announcing Chu’s departure:

“Let me be clear. No one, especially those in trusted positions of educating young people, should denigrate or stereotype others, and that extends to any form of discrimination based on class, race, religion, age, disability, gender identity, or sexual orientation.”

I’m not sure how the movie theater review violates those guidelines, unless an inability to add $7 plus $7 qualifies as a disability.

Davis went on to say:

“Yale unequivocally values respect for all. . . . what holds us together is our collective effort to ensure that every single person in our midst is valued beyond measure.”