USA Today and the Sun-Sentinel, a Florida paper, play it straight up, telling us what happened and who was responsible: Black-clad anarchists stormed the rally, fighting against hate by kicking and punching people until police intervened. 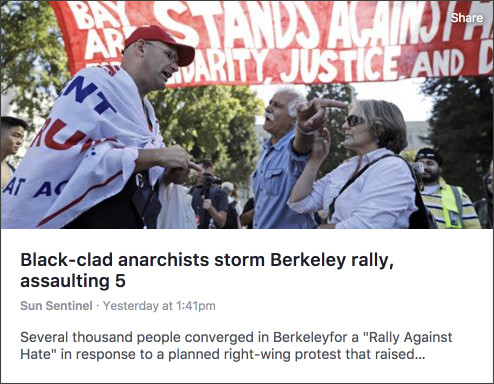 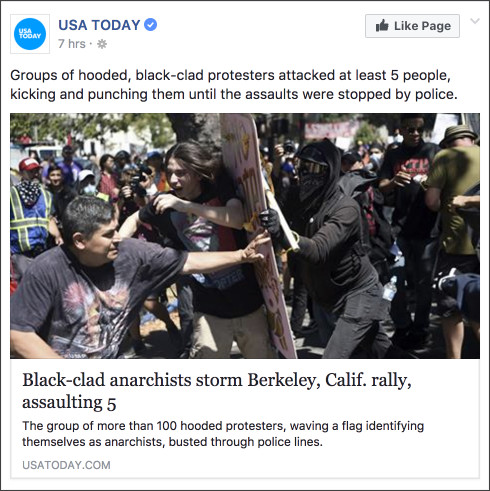 Even the Washington Post, the most left-wing, anti-Trump paper in America, which recently informed readers that there is no political violence on the left, got this one right. 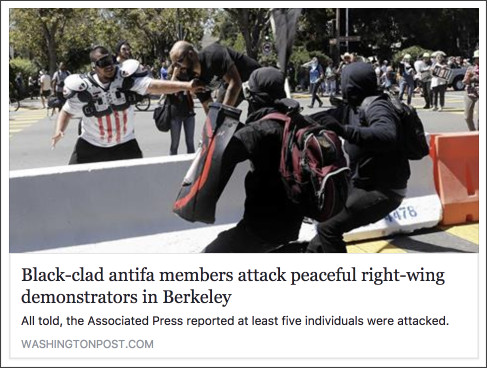 The Daily Mail uses the same photo as USA Today but reports only that violence broke out between the two sides. If they know any more about who was responsible, they’re not saying. 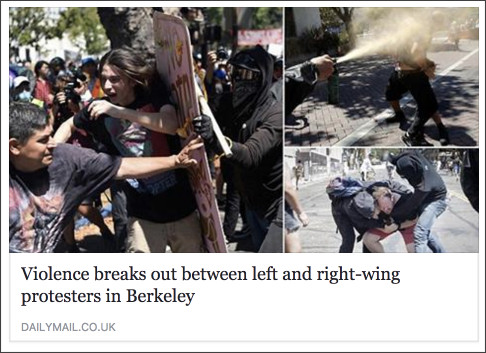 Finally, NPR reports that scattered violence between left and right marred an otherwise peaceful protest. NPR notes that a radio host tried to protect a man he was afraid would be beaten to death by “a group of protestors.” If you click into that story, you see that the next sentence is “It’s unclear how the aggressors were aligned.”

True story, NPR couldn’t figure out how the “aggressors” were “aligned.” They must have had some big brains working on that one. 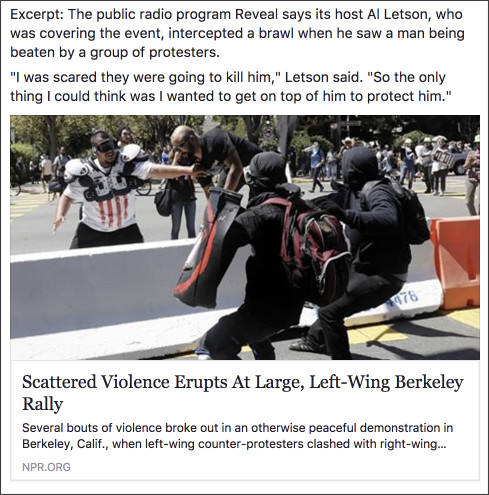 ← Some Things You Never Get Used To
When You Lose the Mayor of Berkeley, You’ve Lost America →