Greetings from the underworld! 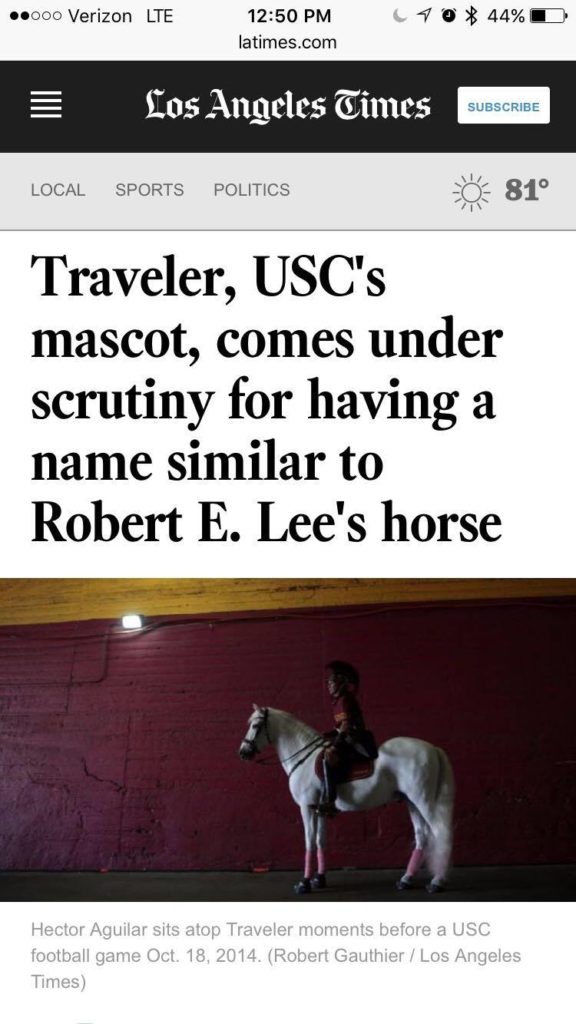 Secondly, Americans are the fattest, dumbest people on the planet. Did you know that 25 percent of them think that the sun goes around the earth?

So most Americans don’t even know who Robert E. Lee was, let alone the name of his horse (it was Traveller, with two l’s).

Once it’s explained to them — who Robert E. Lee was, his horse’s name, what the Civil War was all about — they put it all together: the USC mascot is a racist horse!

Also coming under scrutiny: everyone named Robert or Lee or having the middle initial E.

← USC Village Opens
No Political Violence on the Left? →

What is done out of love always takes place beyond good and evil.