I Think the NFL is Shooting Itself in the Nuts

I think the NFL is shooting itself in the nuts with these anthem protests . . . 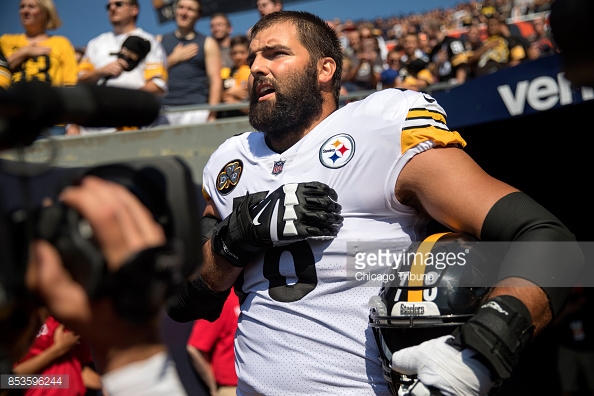 One of the things I thought was problematic with the original Kaepernick protests is that they were inarticulate. He was protesting (I think) police treatment of black citizens but what does that have to do with kneeling for the national anthem at a football game?

If he were leading a demonstration in front of police headquarters, there wouldn’t be any ambiguity about the purpose of the protest. But kneeling for the anthem at a football game? There’s no obvious connection. It requires an explanation.

The NFL is now trying to dumb it down to “We just want freedom, justice, we’re standing up for what’s right, blah blah blah . . .”

Other than a handful of lunatics at either edge of the political spectrum, we ALL want those things. No one is anti-freedom and we all want to stand up for what’s right, although we probably don’t agree on what that is. But what does it have to do with kneeling for the national anthem?

And when do the protests end? What are the criteria for declaring victory and ceasing the protest? What has to happen for America to be deemed free enough and equal enough and just enough that we no longer have to kneel for the anthem at football games?

NFL owners all have the same scripted response: We love it when players take a stand on important issues etc. etc. etc. Meanwhile Colin Kaepernick is still out of the league.

For his part, Kaepernick, a true man of principle, says he’s now willing to stand for the anthem if someone will just give him a job.

← My New Phone Greeting
Your Dog Really Loves You →