What Does a Programmer Do?

I was asked to give a talk last week to a high school computer science class on “What Does a Programmer Do?” (I’m indebted to Jim McCarthy for the “lords and ladies of logic” section.) 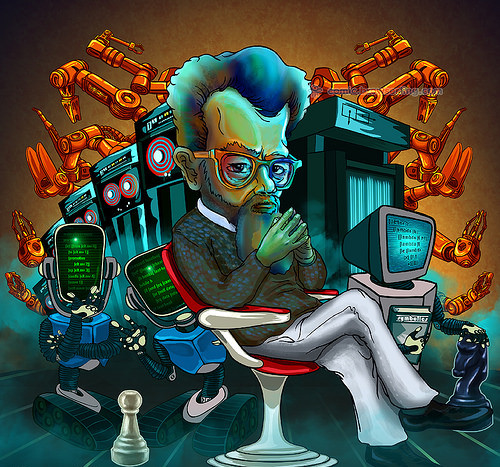 At the highest level, the problem that programmers solve is that people want to be able to do things with computers that they can’t do. And by computers, I don’t mean just the kind of computers you have on the desks here, I mean phones, watches, cars . . . more and more different kinds of devices are running software.

So one good thing about being a programmer is that pretty much every field of endeavor now uses software and data.

You can work at a tech company like Microsoft or Google or Twitter or Facebook, but you can also work in healthcare, finance, education, sports . . . you can work on cancer research, you can write video games . . . everybody uses software and everybody hires programmers.

Programming is a good job if you want to be learning new things all the time, if you don’t want to do the same things over and over.

The dark side of this is that it can be daunting trying to keep up with the pace of technological change. It can be overwhelming.

Programming has been a good job for me because I’ve been able to make a living doing things I like and things that I’m good at. I’ve always liked solving problems and building things.

Self-reliance is good. Persistence is good. Floundering is bad. Know when to ask for help.

Asking for help is a no-lose strategy. Worst case, you ask for help and someone can’t help you or won’t help you, but you’re not any worse off than you were in the first place.

The demand for programmers exceeds the supply and it doesn’t look like that’s going to change anytime soon.

In a time of ubiquitous software and intellectual lethargy, programmers are like the priests in the Middle Ages. We are the lords and ladies of logic. We’re in charge of rationality for our era. We’re bringing common sense and sound judgment and aggregated wisdom and glory to everyone.