Liberalism and the Wrath of the Privileged Whites 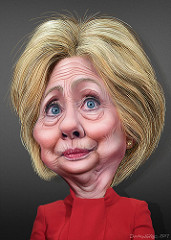 The largely white and affluent solid liberals are notionally egalitarian and opposed to white privilege, but they include many of the most privileged whites in America. . . .

And many of those same Americans knew that Hillary Clinton was talking about them when she ranted about the “racist, sexist, homophobic, xenophobic, Islamaphobic—you name it” deplorables.