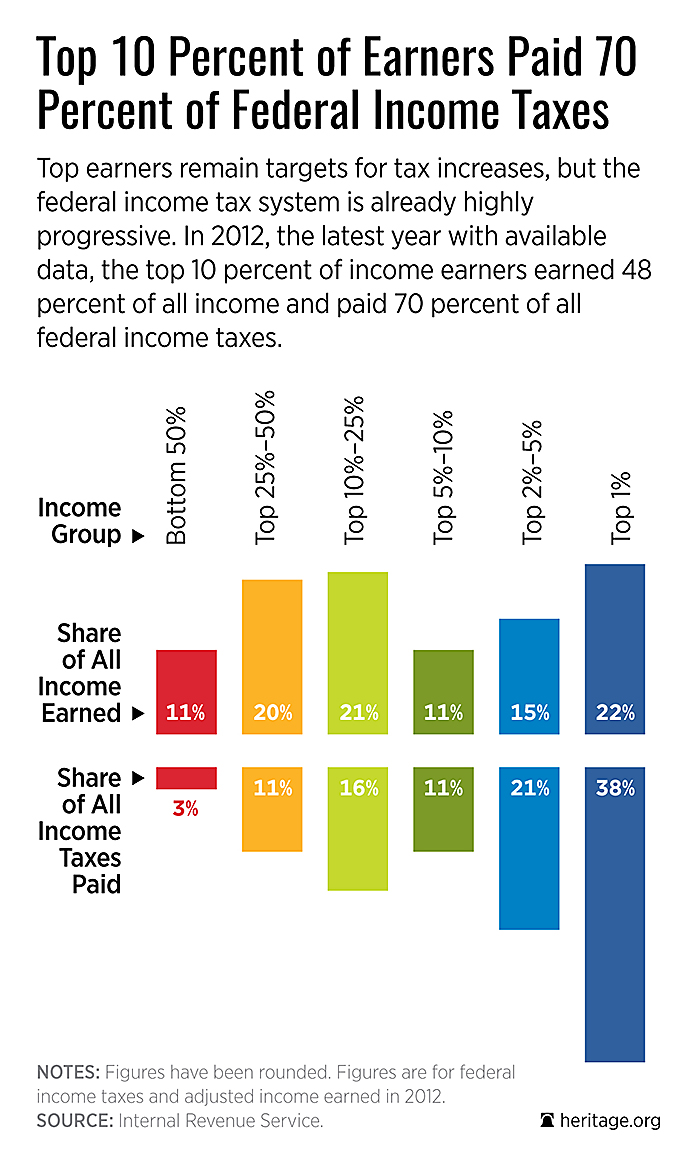 If Bill Gates really believed that, he could decide how much he “should” pay, subtract it from what he’s required to pay, and send Uncle Sam a check for the difference. Which he doesn’t do.

Gates was talking about taxes in the context of the recent tax bill not being progressive enough for his liking.

“People who are wealthier tended to get dramatically more benefits than the middle class or those who are poor,” he said.

Bill Gates is as smart as anyone I can think of, so I think his remarks are disingenuous rather than uninformed.

People who are “wealthier” (“people with higher incomes” would be more accurate) benefit more from income tax cuts because they pay dramatically more in taxes to begin with (see chart).

For example, the top 1 percent of earners pay almost as much into the federal income tax pool (38 percent) as the bottom 95 percent combined (41 percent).

That may not bother you a great deal if you’re not in the top 1 percent (neither am I) but it’s something to consider when we talk about people paying their “fair share.”

I’ve heard Warren Buffett say the same thing about paying more taxes, but he doesn’t cut Uncle Sam a bonus check either. In fact, Buffett is giving most of his money to Bill Gates.

GLENDOWER. I can call spirits from the vasty deep. / HOTSPUR. Why, so can I, or so can any man. / But will they come when you do call for them?