A Joke About Inequality 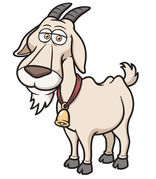 Igor and Boris are dirt-poor peasants in the Soviet Union (it’s an old joke), barely scratching enough crops from their small plots of land to feed their families. The only difference between them is that Boris owns a scrawny goat. One day a genie appears to Igor and grants him a wish. Igor says, “I wish that Boris’s goat should die.”

The most merciful thing in the world, I think, is the inability of the human mind to correlate all its contents.