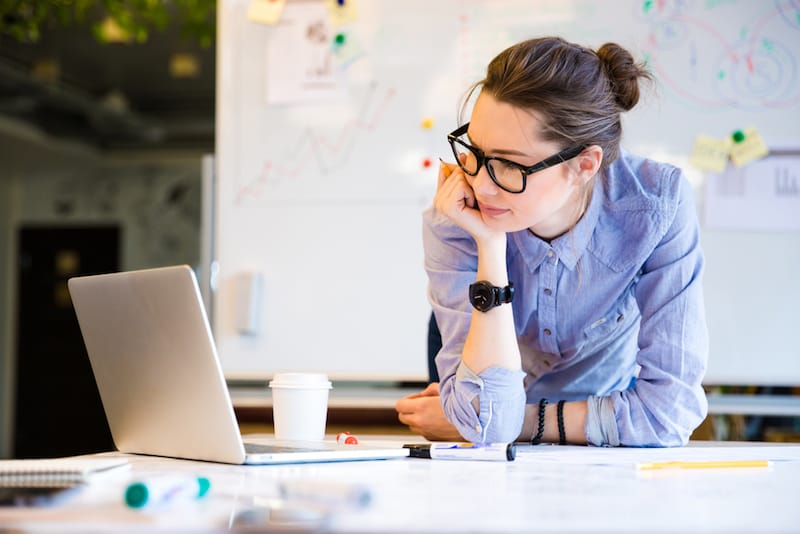 The Dartmouth student newspaper reports on a study finding that gender affects an individual’s perception of women’s anxiety in STEM disciplines.

Men are more likely than women to attribute this anxiety and self-doubt to internal factors, while women usually attribute such emotions to external factors.

Participants in the study read one story, among a selection, about an undergraduate woman taking a STEM class.

In the stories, based on the experiences of actual undergraduate women in STEM, the female main character expressed having anxiety or self-doubt. It was ambiguous whether the instructor in the stories harbored any biases against women.

The stories were ambiguous but stupid men still managed to draw the wrong conclusion!

Flanagan added that a large problem is the culture created by STEM classrooms that is inhospitable to women.

Flanagan, oddly enough, is a film and media studies professor. I have lots of experience with STEM classrooms . . . I never found them inhospitable to women, though admittedly I’m not a woman.

Flanagan said that the goal of the research is to change the mechanisms that create bias and to make STEM fields more inclusive for women.

I would have guessed that the goal of the research, to the extent that research is goal-oriented, was discovering whether gender impacts attribution of emotions.

Why bother with research if your conclusions have been drawn in advance, i.e., STEM fields are unfriendly to women, the reason being the inability or unwillingness of men to see things that are right under their noses.

The study was published in Psychology of Women Quarterly.

I’d love to see more women in STEM fields, particularly in computing, but I’m consistently disappointed by the quality of “research” in this area.

← Need a Job? Move to Iowa
Say One More Stupid Thing to Me →

Things were getting worse faster than we could lower our standards.