Your friend is a soccer fan and you were watching some World Cup matches with him. You liked this game, but the rules are very complicated for you, so you decided just to try to guess whether the given attack will end with a goal or not.

In the beginning, the ball is in the attacking team’s goalkeeper’s hands. On the attacking team, there’s a very talented goalscorer, who is waiting for his chance at the other end of the field. His teammates want to give him the ball so he can score. They can move the ball by passing it one to another along a straight line, but the defender can steal the pass if he is closer than d to the ball at any point throughout the pass. Now you want to know if the attacking team can score or not.

Formally, you are given the coordinates of all attacking players in an array attackingPlayers (where the player at index 0 is the goalkeeper and the player at the final index is the goalscorer), the coordinates of all defending players in an array defendingPlayers, and an integer d (representing how far each defending player can reach in order to intercept a pass). You need to find out whether it is possible to score a goal by passing the ball to the best scorer without any passes being intercepted. 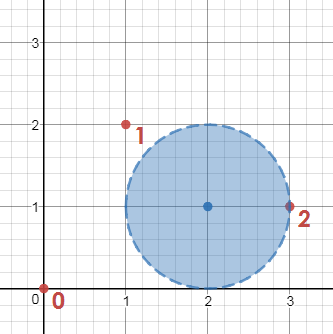 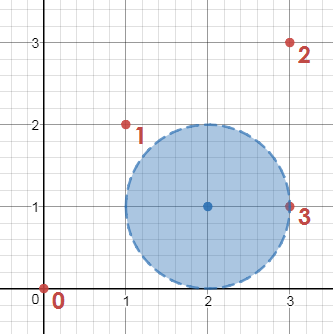 The goal can be scored if the ball is passed from attacking players 0 to 1 to 2 to 3. 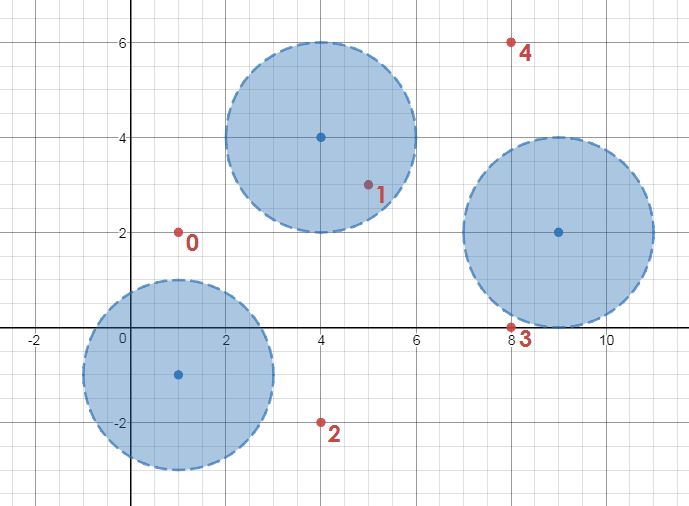 The goal can be scored if the ball is passed from attacking players 0 to 3 to 2 to 4.

← We’ll All Go Together When We Go
11,000 New Computer Science Teachers Considered Harmful? →

— Charles the Bold, Duke of Burgundy