“You’re Too Hard on Yourself” 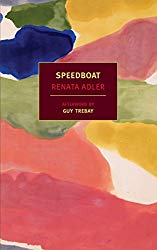 “He has suffered enough” meant if we investigate this matter any further, it will turn out our friends are in it, too. A sufficiency of suffering, in public life, consisted in a loss of face perhaps, or office, or, earlier, in getting caught, or in committing crimes, or having wanted to commit them. And if the real sufferer was the public man in violation of the criminal law, and a sufficiency of suffering lay in his various states of mind, then it was perhaps everyone else who got off too easily. . . .

Intelligent people, caught at anything, denied it. Faced with evidence of having denied it falsely, people said they had not done it and had not lied about it, and didn’t remember it, but if they had done it or lied about it, they would have done it and misspoken themselves about it in an interest so much higher as to alter the nature of doing and lying altogether. It was in the interest of absolutely nobody to get to the bottom of anything whatever. . . . The jig was never up. In every city, at the same time, therapists earned their living by saying “You’re too hard on yourself.”