The convenience store where I buy sodas in the morning has literally four signs at the entrance saying wear a face covering if you come in the store.

This morning a guy comes in with no face covering and a cup. The girl at the register says to him, “You can’t come in without a face covering.”

“I’m just going to get a cup of water,” he says. So there’s another problem, which is that nobody knows the provenance of that cup and he’s going to push it into a public water dispenser.

“You can’t be in here without a face covering,” the girl says a little more loudly.

“I said I’m just going to get a cup of water!” Which he does.

When I get to the register, I say to the girl, “I don’t think I could run a store because I would pick up the rifle that I keep behind the counter, stick it in that guy’s eyeball and say ‘I’m going to count backwards from two, and when I get to one, you better be out of the store. Thank you.”

“You’re going to kill a guy for not wearing a mask?!”

“No, not the mask. I don’t care if he wears a mask or doesn’t wear a mask or shoves a mask up his ass. I’m going to kill him for breaking the rules. That’s law and order, baby. Although I expect the deterrent effect would be enough to avert the loss of life.” 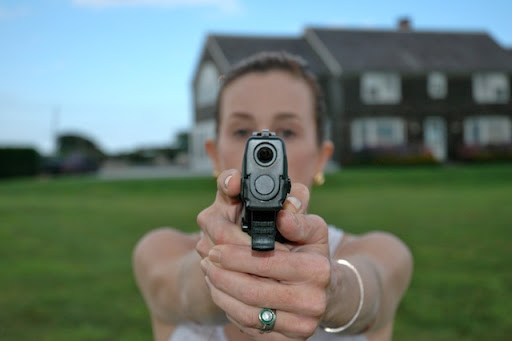