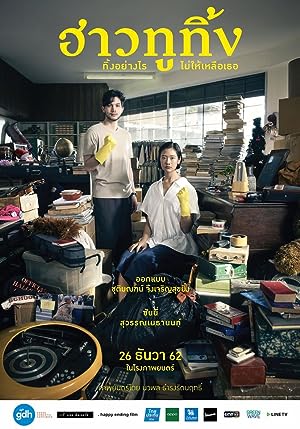 Happy Old Year is a Thai movie about letting go of the past, holding on to the past, self-awareness (or lack thereof). You’ll laugh, you’ll cry . . . I had to take off a star because, and I’m not spoiling anything here, the male lead has two girlfriends, not really at the same time, and I can’t imagine what either of them sees in this selfish putz.

I’d give the star back if the lead actress took her clothes off but she doesn’t. 🙁

A woman wants to reorganize her house and convert it into a home office. She will throw away anything that has been lying around unused. However, she faces a great challenge when she comes across some items that belonged to her ex-bo

Most of what my neighbors call good, I am profoundly convinced is evil, and if I repent anything, it is my good conduct that I repent.