EppsNet at the Movies: Night in Paradise 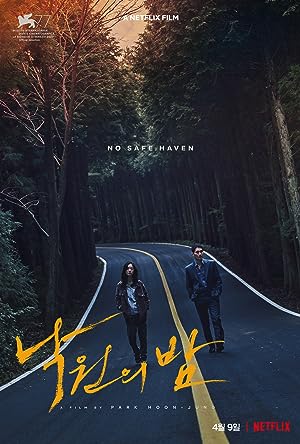 I found this film first-rate in every respect except . . .

. . . the way the death of the hero was handled. Didn’t like that at all. That being said, I hope if something similarly bad happens to me that my girlfriend will also pack a gym bag with guns and ammo and massacre an entire restaurant full of the people responsible.

That’s a great scene. She comes in, locks the front door, a creepy gangster type comes over and says with a sleazy grin, “No more seats. Come sit with us. We’re nice.”

“I didn’t come to eat,” she replies, cocking a gun under his chin. “And get your hands off me.”

So he’s the first guy to end up with his brains on the ceiling but not the last!

Hiding out in Jeju Island following a brutal tragedy, a wronged mobster with a target on his back connects with a woman who has her own demons.

← Thomas Jefferson: Why Are Democratic Cities Such Disaster Areas?
We Owe All Students High Expectations →