The Knowledge of What They Really Are 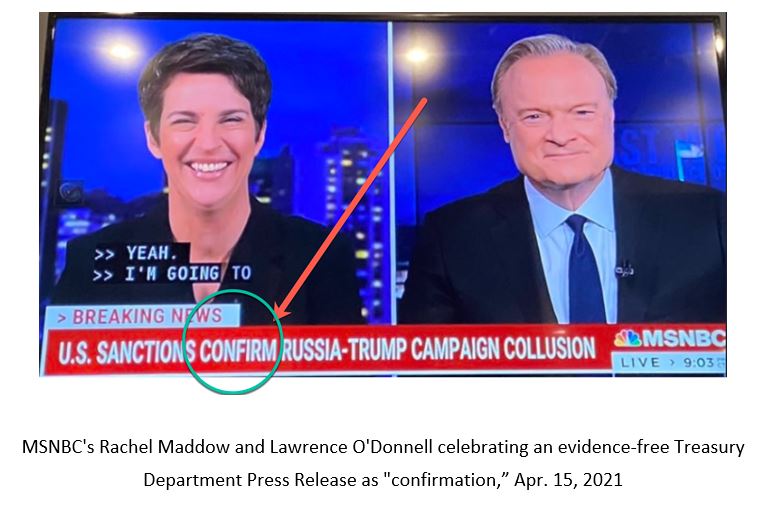 Let’s express this as clearly as it can be expressed. Any journalist who treats unverified stories from the CIA or other government agencies as true, without needing any evidence or applying any skepticism, is worthless. Actually, they are worse than worthless: they are toxic influences who deserve pure contempt. Every journalist knows that governments lie constantly and that it is a betrayal of their profession to serve as mindless mouthpieces for these security agencies: that is why they will vehemently deny they do this if you confront them with this accusation. They know it is a shameful thing to do. . . .

Even when they learn that they deceived millions of people by uncritically repeating a story that the CIA told them was true, they will — on the very same day that they learn they did this — do exactly the same thing, this time with a one-paragraph Treasury Department Press Release. These are agents of disinformation: state media. And when they speak, you should listen to them with the knowledge of what they really are, and treat them accordingly.

← Cheshire
And That’s the Truth: The Talk →