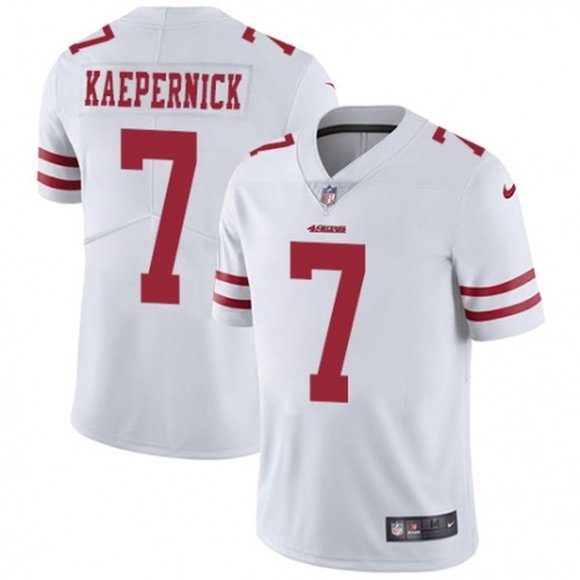 I was pumping gas at a local station when I noticed another guy pumping gas wearing a Colin Kaepernick jersey. It may add something to the story to know the race of the guy in the jersey so I’ll tell you that he was a black guy.

“You got a problem with the jersey?” the guy asked me.

I was actually just trying to get a clear look at the name on the jersey so I could read it, but the guy was apparently on a hair trigger to begin with.

“Two is that Nike probably paid someone in Vietnam a dollar a day to stitch that jersey while Kaepernick himself gets paid millions to complain about inequality. You see the disconnect? Let him stitch his own jerseys, I mean what the hell else is he doing? He’s not playing football.

“Did that answer your question?”

← Is Christmas a Joyous Day? (A Movie Review)
Experienced Leaders →

There is, however, a limit at which forbearance ceases to be a virtue.