Ray Fosse was a major league catcher from 1967 to 1979, a two-time All-Star for the Cleveland Indians, a two-time World Series champion with the Oakland A’s, and a two-time Gold Glove winner. 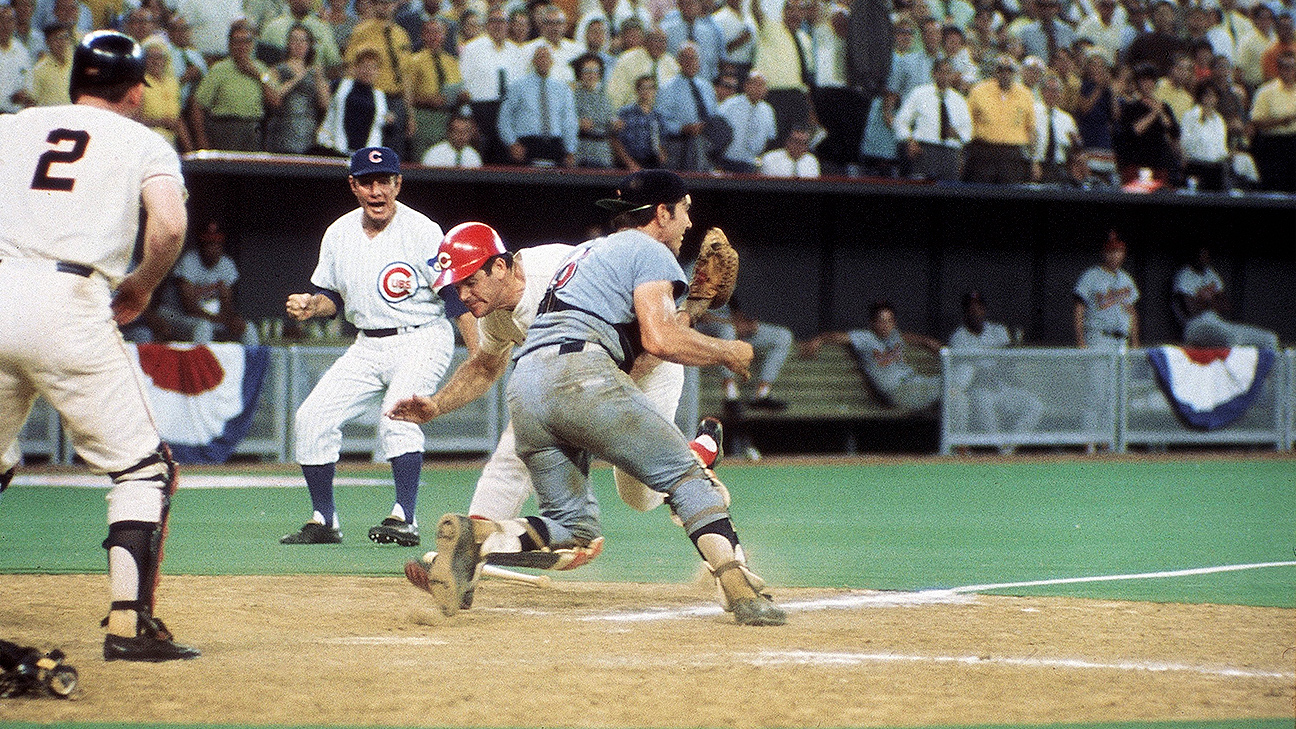 It probably has to be said that Fosse may be best remembered for the final play of the 1970 All-Star Game, in which he was injured in a collision with Pete Rose at home plate. Fosse sustained a fractured and separated shoulder, which healed incorrectly, causing chronic pain that was never entirely resolved.

It was a controversial play. Rose said that he was simply trying to win the game, and it was well known that he played the game as aggressively as anyone. I assume Fosse thought that even Rose wouldn’t try to bolo him in an exhibition game, or maybe he was just trying to make a good baseball play.

It does look from the photo like Fosse has moved up the third-base line, he’s straddling the base path and blocking the plate. I have to admit if I were in Fosse’s shoes, i.e., before Rose knocked him out of them, and I saw Pete Rose coming around third with a chance to win the game, I would get out of his way and try to make the play with a sweep tag, but maybe that’s why I’ve never been an All-Star baseball player, even in Little League.

← Government Should Be a Referee
Everything You’ve Ever Wanted →