I know you’ve never heard of Ilya Shapiro so first let me tell you that he is on administrative leave from Georgetown University Law Center while the school decides whether to retain him as executive director and senior lecturer for the school’s Center for the Constitution. 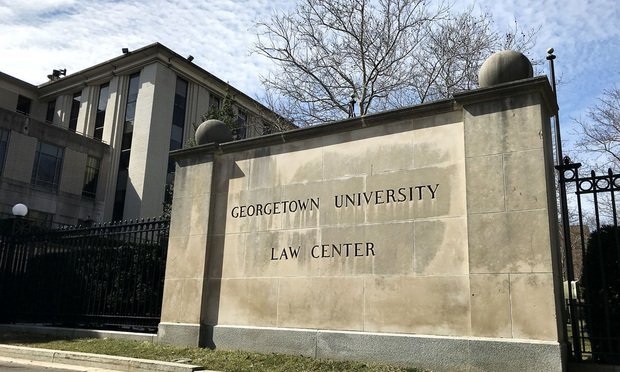 The rest you can glean from this excerpt from a recent essay by Bari Weiss:

I’ve been thinking a lot over the past few days about a tweet by a Georgetown professor.

All of them deserve miserable deaths while feminists laugh as they take their last gasps. Bonus: we castrate their corpses and feed them to swine? Yes.

That tweet was written in 2018 by Georgetown professor Carol Christine Fair about Republican senators who supported Brett Kavanaugh’s nomination to the Supreme Court.

Fair also writes a blog called Tenacious Hellpussy, which she describes as “a nasty woman posting from the frontlines of fuckery.” There she notes: “Cunty women get shit done.”

I fully agree, though I might call it chutzpah. For evidence, we need look no further than Fair herself.

When asked to apologize or explain her policy recommendation of mass castration and death she said this: “I will not use civil words to describe mass incivility.” She added: “Don’t expect me to. It’s an absurd request. I will use words that make you as uncomfortable as I am with this regime.”

Though Twitter temporarily suspended her, Fair’s chutzpah here paid off where it mattered: Georgetown defended Fair’s right to speak. “The views faculty members expressed in their private capacities are their own and not the views of the university. Our policy does not prohibit speech based on the person presenting ideas or the content of those ideas even when those ideas may be difficult, controversial or objectionable.” Fair continues to teach at Georgetown.

Hold Fair’s tweet in your mind as you consider the story, still unfolding, of constitutional law scholar Ilya Shapiro.

Shapiro is a Soviet emigré and highly regarded scholar who, until last week, seemed like a perfect match for the job as executive director at the Georgetown Center of the Constitution. He was scheduled to start February 1. But late at night, on January 26, he took to Twitter to express his disapproval of President Biden’s pledge to appoint only a black woman to fill Justice Breyer’s seat on the Supreme Court. Now, his career is on the line.

Objectively best pick for Biden is Sri Srinivasan, who is solid prog & v smart. Even has identity politics benefit of being first Asian (Indian) American. But alas doesn’t fit into the latest intersectionality hierarchy so we’ll get lesser black woman. Thank heaven for small favors?

Because Biden said he’s only consider[ing] black women for SCOTUS, his nominee will always have an asterisk attached. Fitting that the Court takes up affirmative action next term.

Many others wrote similar tweets the same day, expressing outrage at the president’s promise to reserve the seat for someone of a specific race and gender. . . .

First, the view that President Joe Biden should hire a replacement for Justice Breyer’s seat based on merit and not identity is not some fringe position. It is one shared by 76% of Americans. According to a new ABC/Ipsos poll, more than three-quarters of Americans say they want Biden to consider “all possible nominees.” Only 23% want President Biden to “consider only nominees who are Black women, as he has pledged to do.”

Shapiro has admitted that his tweets were “poorly drafted,” and they were. But it was obvious to anyone reading him in good faith that what he intended to say was that Biden should pick the most qualified person for the job.

The second thing Shapiro ought to point out is the case of Professor Fair. Her statement about feeding castrated corpses to pigs inspired a defense of free speech from the school. Shapiro’s tweet—which he deleted and apologized for—was called “appalling.”

What will become of you and me / (This is the school in which we learn…) / Besides the photo and the memory? / (…that time is the fire in which we burn.)

— Delmore Schwartz, “Calmly We Walk Through This April’s Day”