Not in My Backyard 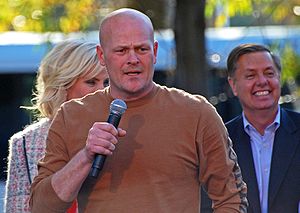 What’s most telling about these encounters is the absence of fear on the part of the citizens challenging Obama. In October 2008, in his own Ohio neighborhood, “Joe the Plumber” confronted the future president and objected to his tax-hike plans. Obama revealingly replied that he was eager to “spread the wealth around,” and the media pounced–on Joe. He’s not really a plumber! Joe is his middle name! Who knows how history might have been changed if the media had been as aggressive in investigating Obama’s background?

But now, it seems, the lesson of Joe the Plumber has been lost. Citizens feel free to criticize Obama with impunity. The reporters who wrote these stories don’t even mention the names of the critics, much less conduct opposition research against them on Obama’s behalf.