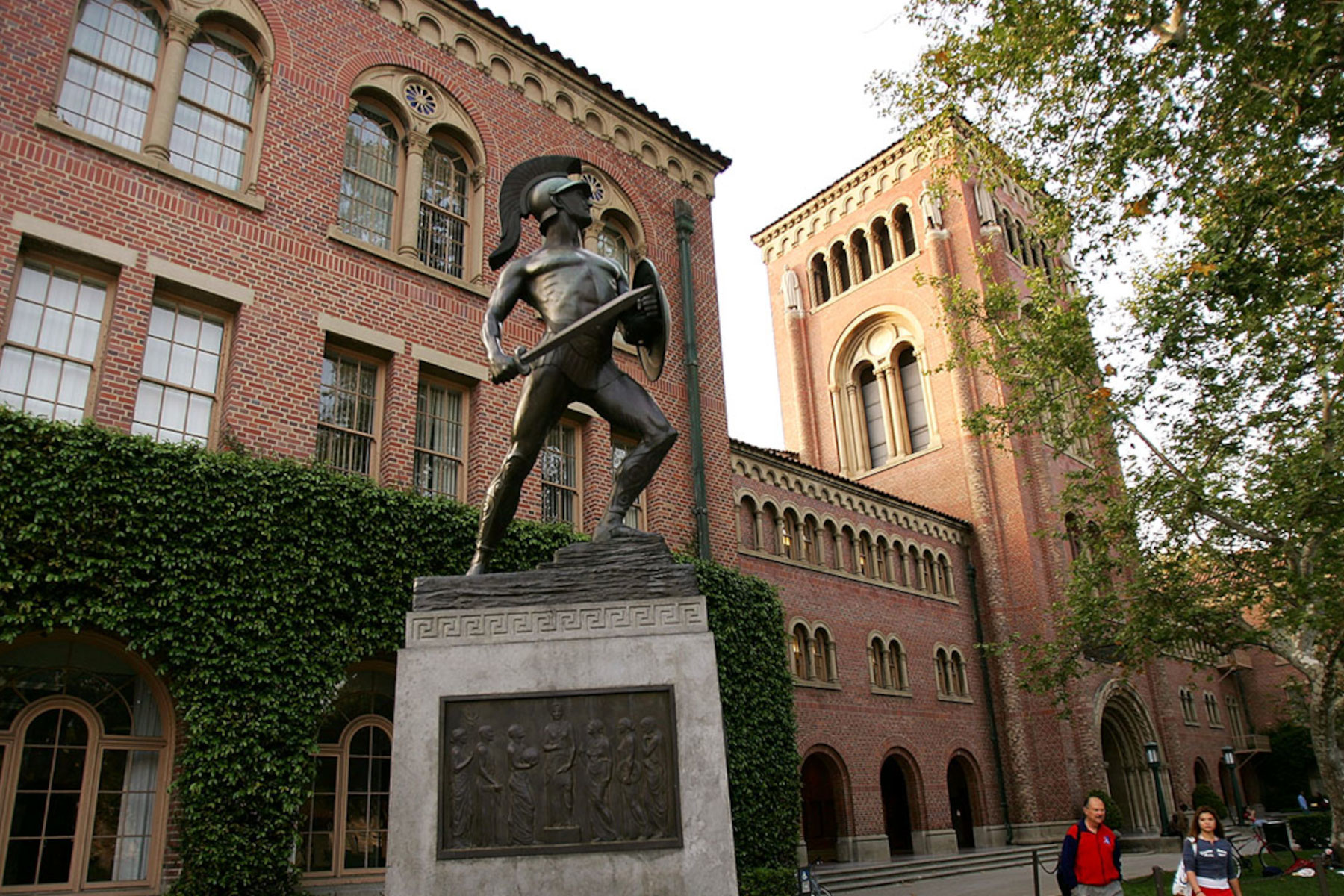 LOS ANGELES, CA – APRIL 06: A statue of the school mascot, the Trojan, stands on the campus of the University of Southern California (USC) on March 6, 2007 in Los Angeles, California. A growing investigation by New York State Attorney General Andrew M. Cuomo into the relationships between student loan companies and universities reports that financial aid directors at USC, Columbia University, and the University of Texas at Austin allegedly held shares in a student loan company recommended by each university, yielding significant profits for the directors. One of the directors made more than $100,000, according to Cuomo’s office. (Photo by David McNew/Getty Images)