I guess I should have seen this coming when they eliminated free bagels on Fridays. Or when we stopped printing things on plotter paper because the paper vendor stopped coming around shortly after we stopped paying him. 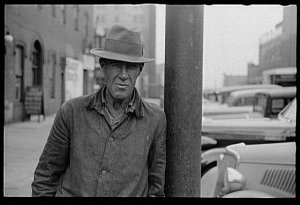 The retention list was heavily weighted toward young women with big tits and the managers’ poker buddies. Two of the laid-off developers had to be hired back within 30 minutes of being let go, when someone in authority belatedly realized they were working on the company’s only billable project.

None of us will be retiring on our severance package, since there wasn’t one. We’re now faced with the one thing we all feared enough to stay with this company so long in the first place: trying to find another job in the worst tech market in 20 years.

← Reviving Interest in the Space Program
Ansel Adams at 100 →

What will become of you and me / (This is the school in which we learn…) / Besides the photo and the memory? / (…that time is the fire in which we burn.)

— Delmore Schwartz, “Calmly We Walk Through This April’s Day”