Chuck Schumer Can Blow Me 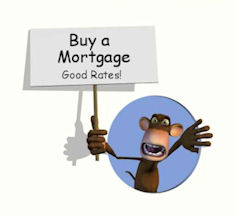 Disclaimer: I used to work at IndyMac. It was poorly run and deserved to fail. They got way too much credit for their success when times were good.

Look — in a housing bubble, a monkey with a sign can sell mortgages.

Then when things started to turn ugly, they took the approach of trying to manage the stock price rather than managing the company. They started up a blog called The IMB Report, the purpose of which was to provide timely spin control on all the bad news about the company.

The title — The IMB Report — gives away the game. The IndyMac Report would be a much more obvious choice; IMB is the stock ticker symbol. 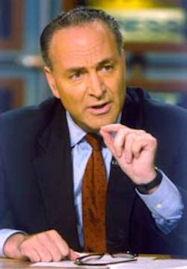 In shutting down the bank, the Office of Thrift Supervision said this:

The immediate cause of the closing was a deposit run that began and continued after the public release of a June 26 letter to the OTS and the FDIC from Senator Charles Schumer of New York. The letter expressed concerns about IndyMac’s viability. In the following 11 business days, depositors withdrew more than $1.3 billion from their accounts.

“This institution failed today due to a liquidity crisis,” OTS Director John Reich said. “Although this institution was already in distress, I am troubled by any interference in the regulatory process.”

If OTS had done its job as regulator and not let IndyMac’s poor and loose lending practices continue, we wouldn’t be where we are today … Instead of pointing false fingers of blame, OTS should start doing its job to prevent future IndyMacs.

What a smug prick. Other than grandstanding, there was no reason to make those letters public.

Let’s say you’re concerned about the health of your elderly uncle, who has a weak heart.

← Spanning the Globe
One More Thing on IndyMac →

It will never be known what acts of cowardice have been committed for fear of not looking sufficiently progressive.