I been warped by the rain, driven by the snow
I’m drunk and dirty don’t ya know, and I’m still willin’

If you’re a genius like Mozart and you’ve got a 1000 IQ in music or whatever your specialty is, then you can distinguish yourself by doing things that other people are simply not capable of doing.

We were interviewing candidates this week for a web editor position. One of the candidates brought in some mockups he had made to illustrate how we could incorporate social networking elements into our web site.

Were the ideas groundbreaking in any respect? No. Could the other candidates have done the same thing? Probably, if they’d been willing to put in the effort.

I have to assume that you’ll approach the job the same way you approach the interview. Are you willing to do more than what’s absolutely required? 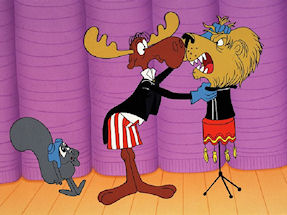 If you want to pull a rabbit out of your hat at the interview, first you’ve got to put a rabbit in your hat.

In fact, you may want to put 10 rabbits in your hat and be ready to pull out whichever one you need.

At the very least, you must be absolutely prepared to answer the question, “What makes you the best person for the job?”

Even if that question is never explicitly asked, everything you say and do must be targeted at answering it.

Put together a list of the unique contributions you’ll make to the job and the company. Brush up on a few stories that show you at your best in the workplace.

In politics, these are called “talking points.” Politicians don’t try to think up answers on the fly to every question someone throws at them. They have a prepared list of points to make, no matter what you ask them.