The Death of Ivan Ilych 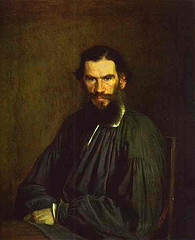 It occurred to him that what had seemed perfectly impossible before, namely that he had not spent his life as he should have done, might after all be true. It occurred to him that his scarcely perceptible attempts to struggle against what was considered good by the most highly placed people, those scarcely noticeable impulses which he had immediately suppressed, might have been the real thing, and all the rest false. And his professional duties and the whole arrangement of his life and of his family, and all his social and official interests, might all have been false. He tried to defend all those things to himself and suddenly felt the weakness of what he was defending. There was nothing to defend.

“But if that is so,” he said to himself, “and I am leaving this life with the consciousness that I have lost all that was given me and it is impossible to rectify it — what then?”