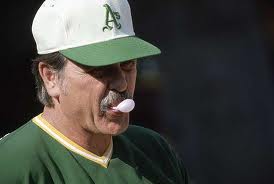 Hall of Fame manager Dick Williams, who won two World Series titles with Oakland and led two other franchises to pennants, has died. He was 82.

Williams also managed our local club, the Angels, although he was better known for his work with other teams.

I remember he once said to an umpire, “They’re not just booing that call. They’re booing your whole career.”