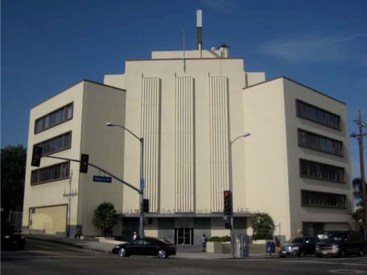 On June 1, 2011, the City of Los Angeles reached a significant milestone in its historic preservation program: the approval of City Historic-Cultural Monument #1000, the Golden State Mutual Life Insurance building at 1999 W. Adams Boulevard in West Adams. The Golden State Mutual Building is a very fitting recipient of this honor. Built in 1949, this six-story commercial building was designed in the Late Moderne style by architect Paul R. Williams 1894-1980. Williams was the first certified African-American architect west of the Mississippi River, the first African-American member of the American Institute of Architects, and also served on the first Los Angeles Planning Commission in 1920.

← Five Guys in Europe: Relaxing in Cannes
An American in Cannes →